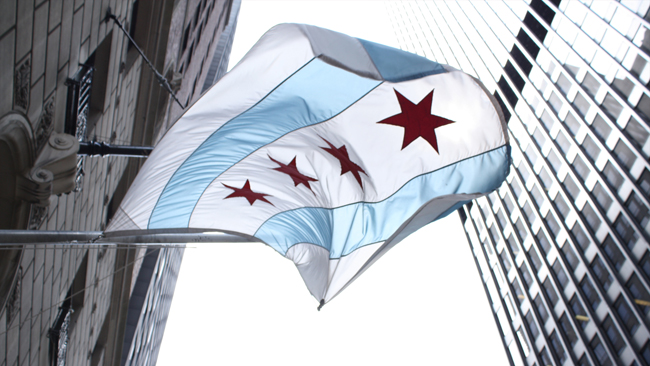 With the March 2016 primaries just around the corner, there are a particular subset of candidates whose campaigns face significantly stricter regulation beyond the normally complex election and campaign finance laws in Illinois: Judicial Candidates. In light of the recent US Supreme Court decision in Williams-Yulee v. Florida Bar that upheld Florida’s ban on judicial candidates personally soliciting campaign funds, it seems safe to say that the similar restriction on judicial candidates in Illinois are here to stay. Potential candidates eyeing a run at judicial office would be wise to become very conscious of these regulations- and to consult competent counsel early in the process.

The Williams-Yulee case arose from a challenge to the relevant canon of Florida’s code of judicial conduct based on first amendment free speech.

As reported by Mark Walsh in an exposé on the case in the ABA Journal, Yulee ran for a seat on the bench of the Hillsborough County Court in 2009. To help raise the initial funds needed to launch her campaign and get her message out to the public, she sent a letter to targeted voters asking for “an early contribution of $25, $50, $100, $250, or $500,” which was signed at the bottom. After she lost the primary election to the incumbent, the Florida Bar charged Yulee with a complaint, alleging that she had violated a provision of Florida’s judicial code of conduct banning personal solicitation. She was publically reprimanded, and ordered to pay the cost of the proceedings. On appeal, the Supreme Court held that Florida’s ban did in fact limit judicial candidates freedom of speech, and so must be narrowly tailored to address only a compelling interest of the state. The ban was found to be constitutional, and the court ruled in favor of the Florida Bar. In the majority opinion, Chief Justice John Roberts stated, “Judges are not politicians, even when they come to the bench by way of the ballot,” and “a States decision to elect its judiciaries does not compel it to treat judicial candidates like campaigners for political office. A state may assure its people that judges will apply the law without fear or favor- and without having personally asked anyone for money.”

Florida’s ban is an attempt to insulate elected judges from some of the negative effects of the electoral process. Currently, Illinois is one of 39 states that utilize some form of election to choose their judiciaries, and of those one of 30 to largely prohibit solicitation of campaign funds by active judges and judicial candidates. Illinois Supreme Court Rule 67, the local equivalent to Florida’s challenged rule, remains constitutional and is largely unaffected by the recent decision. Rule 67 addresses inappropriate political activity by judges and judicial candidates, restricting them from speaking to gatherings on their own behalf, distributing pamphlets and other promotional campaign literature supporting his or her candidacy, appearing in newspaper, television and other media advertisements supporting his or her candidacy, as well as various activities demonstrating allegiance to any specific political party (although running in partisan primaries). Both Illinois and Florida law prohibits candidates from directly participating in the solicitation and management of campaign funds, however allow for the establishment of committees to do so on the candidate’s behalf.

In essence the Supreme Court’s pragmatic ruling upholds the ban on judicial candidates and judges asking for campaign contributions, but makes no restrictions on the acceptance of donations. Measures like this may prove effective in curbing instances of direct quid-pro-quo corruption; however, inevitably fall short of the ultimate, likely impossible, goal to eradicate politics from judicial elections. This task becomes increasingly challenging as state judicial campaigns become more expensive and more partisan. A study entitled Criminals and Campaign Cash by Billy Corriher and the Center for American Progress (CAP) explored the impact of recent explosions in judicial campaign spending and increases in political attack ads in state Supreme Court elections on the criminal justice system, and their findings reveal a startling trend: As campaign cash increased, the courts studied began to rule more often in favor of prosecutors and against criminal defendants. It is argued that this trend may be due to a judge’s (or potential judge’s) fear of being labeled as “soft on crime” and a fear of being on the wrong side of a well-funded, special interest group attack.

The 2004 Illinois Supreme Court race set records as the most expensive election for a single judicial seat in U.S. history. Special interest groups funneled over $9 million into various candidates’ campaigns, and attack ads specifically. In 2009, Illinois established contribution limits, but with the advent of “independent expenditure committees,” there is still a steady, upward trend in the amount of money spent on judicial elections in Illinois. With the abundance of campaign money mixed with changing and complex regulation, judicial candidates need to ensure they are on the right side of a very thin ethical line.

The sanctity of the Judiciary may never be completely insulated from the influence of partisan interests. Quid-pro-quo corruption is not the only inappropriate political activity judges and judicial candidates can engage in. Still, elections have long been established as the most universally fair means for determining public representatives and officials and campaigning is a necessary function of the electoral process. This is especially true for judicial candidates whose elections are often at the end of a long ballot. The challenge arises when attempting to maintain a neutral playing field for all candidates. Large donors and “dark money” sources can fund campaigns in hopes that success will advance their agenda, which can leave voters misinformed and judicial candidates in an ethical minefield. Judges and judicial candidates are under enormous pressure to promote their name and message to the public in order to win an election, while at the same time being prepared to enter office ready to fairly administer justice. As such, any potential judicial candidate needs to become very aware of the laws, regulations (and moreover the practical, ethical concerns) surrounding judicial elections, and should seek council with an experienced election attorney prior to joining the race.